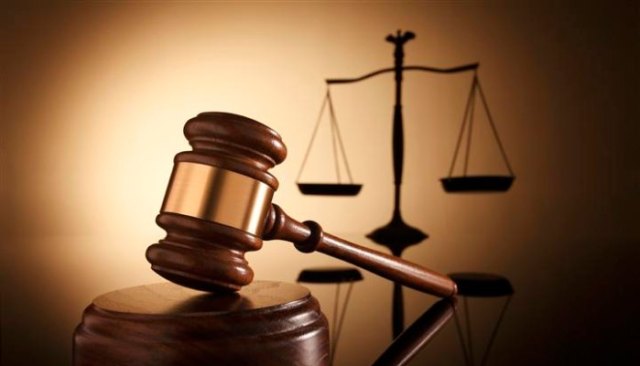 The story is told of a widowed trapper who lived deep in the Alaskan wilderness with his 2 year old son. On one occasion their food supplies had run out and the trapper was forced to go and catch some more food. The weather outside was so fierce he reluctantly decided to leave his son behind, entrusted to the care of his faithful dog. While outdoors the weather had got even more violent and the trapper was forced to take refuge overnight in a stand of trees.

When the trapper returned the next morning, he got to the cabin to find the door open and the furniture overturned. A fierce struggle had taken place. There was no sign of his son and his dog lay in the corner looking at him guiltily, with blood all over his mouth. The trapper was deeply distressed, and quickly figured out what had happened. The dog, without food, had turned on his son and killed him. Gathering his axe from his side in a fury the trapper killed his dog.

He then set about searching furiously for some sign of his son. There was still a faint chance his son was alive. As the trapper frantically searched he heard a familiar cry, coming from under the bed. He tipped the bed up to discover his son. He was unharmed, without a scratch or drop of blood upon him. The trapper, flooded with relief, gathered his son in his arms. When he turned around he saw a dead wolf, lying in the corner of the cabin. Then the trapper realized why his faithful dog had been covered in blood. It was the one who had saved his son.

How often we can be much like this trapper, quickly assuming to know the truth about a person when in reality our judgements are terribly off mark. We are quick to lower the gavel and sentence judgement without knowing all the facts or a person’s motives of why they acted in a certain manner.

It is man’s carnal nature to gravitate towards making this judgement call on others instead of doing as Jesus instructed us to do in Mathew 7:1, “Do not judge, or you too will be judged”.

However,  Jesus’ command that we not judge others does not mean we cannot show discernment. Immediately after Jesus says, “Do not judge,” He says, “Do not give dogs what is sacred; do not throw your pearls to pigs” (Matthew 7:6). A little later in the same sermon, He says, “Watch out for false prophets. . . . By their fruit you will recognize them” (verses 15–16). How are we to discern who are the “dogs” and “pigs” and “false prophets” unless we have the ability to make a judgment call on doctrines and deeds? Jesus is giving us permission to tell right from wrong.

Also, the Bible’s command that we not judge others does not mean all actions are equally moral or that truth is relative. The Bible clearly teaches that truth is objective, eternal, and inseparable from God’s character. Anything that contradicts the truth is a lie—but, of course, to call something a “lie” is to pass judgment. To call adultery or murder a sin is likewise to pass judgment—but it’s also to agree with God. When Jesus said not to judge others, He did not mean that no one can identify sin for what it is, based on God’s definition of sin.

As God’s children, may we not be so quick to pass judgement on others knowing that God has forgiven each of us and wiped our slate clean through the redemptive blood of Jesus on the cross.

1 Response to Judge Not