Identity: Who Are You?

“I am crucified with Christ: nevertheless I live; yet not I, but Christ liveth in me: and the life which I now live in the flesh I live by the faith of the Son of God, who loved me, and gave himself for me.” – Galatians 2:20

If you’ve ever watched the television series CSI: Crime Scene Investigation, then you’re sure to have heard the opening song to the program, “Who Are You”, sung by The Who. Now personally, I thought that was rather interesting regarding song title and group name…seems to be a case of mistaken identity altogether. In today’s writing, I wish to focus on our identity. Let me take you back a few years and set the stage…

If you’ve been following my blog and reading Monday Morning Minutes for a while, then you’ve read about my accident which occurred in 1994 when I had my skull crushed where I worked at a Power Plant as an electrician. Among all the struggles I dealt with on my way back to recovery, one of the most intense issues I faced was the loss of my identity. Who I really was ultimately. 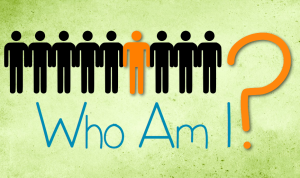 Yes, I knew my name, where I was born, etc., for this was not a case of amnesia but a struggle with the man I had become up to the accident. Yes, I had been a follower of Christ for many years but had lost my identity along the way of who I was In Christ. You see, many of us as I did, begin to associate our identity in many things, such as our jobs, our position in regards to success, our hobbies, the list goes on. And yes, while there is absolutely nothing wrong with identifying who we are with these things, the problem lies when as believers, we end up losing ourselves  to these things while forgetting who we are in Christ Jesus. The bible tells us that the early disciples became known even among unbelievers as people of “the Way” (Acts 19:9), because they had chosen to walk a different path in life. They had identified themselves totally with Jesus Christ and the kingdom of God. They lived for the kingdom. Their identity was tied to the kingdom.

When I no longer was able to go to work as an electrician, which is what I had allowed so much of my identity to be based on as a man, being the provider in the family, I began to think much lower of myself. I began to allow the enemy to whisper echoes of defeat, failure, uselessness, which ultimately led to depression. I came to a place of utter hopelessness (or so I thought at the time), that I truly understood why people who don’t know the Lord, give up and give in and believe a lie that they have nothing to live for and tragically end it all. Had it not been for my faith in Christ, although even that was put to the test, I’m not sure where I would be today for God truly makes a way where there seems to be no way.

The great tragedy today is that we don’t have enough Christians who know who they are. They may be genuine believers, but their faith is just another addition to their portfolio. When it comes to the bottom line, they define themselves in terms of their name, their job, their possessions, or the people they know. These are all external factors which one day will all fade away but who we have identified ourselves with, our faith in Jesus Christ, is eternal. That’s why we need to understand and cultivate a kingdom mentality in all that we do. The process by which this is achieved is called spiritual growth. Often, our spiritual growth takes place through another process called discipleship—an aim Jesus commissioned all of us to do while on earth.

As you grow and mature spiritually, you become more and more like Jesus and His identity will be evident for not only you but for all the world to see. If there ever was a time that our world needs to see the real Jesus, it’s today my friend. I’m not talking about church membership, social gatherings, speaking “christianese”, I’m speaking about allowing Christ within you to come forth and being the salt and light of the world that Christ has called us to be.

One of my absolute favorite verses in the Bible is Galatians 2:20 which reads, “I have been crucified with Christ. It is no longer I who live, but Christ who lives in me. And the life I now live in the flesh I live by faith in the Son of God, who loved me and gave himself for me.” Friend, you and I are new creatures In Christ. The old things have passed away and behold all things have been made new. For we have died, and our life is hidden with Christ in God. Whatever is true of Jesus, is also true of you and I. Dear friend, begin to walk in your true identity in Christ today! For that is who you really are!

Here’s a great song sung by one of my favorite artists, Phillips, Craig & Dean regarding our identity in Christ. I hope you enjoy it.